It is a very real thing, Robots equal to human intelligence.

We can say that applications of artificial intelligence surround us without us realizing it, from the keyboard of our smart devices to the “GPS” and other systems we use on daily basis.

If you are a student who is interested in computer science and technical science, you will be presented with one of the most important and demanding disciplines of our time.

as a result of great technological development. It is a specialty based on the analysis of systems and algorithms, the study of computers and software, and the major world universities are interested and expanding their research in this specialty and its modern scientific fields, such as the Multimedia University of Malaysia (MMU), which is one of the world’s best in technological education and the first in order in Malaysia. Computer science depends on three important areas: Security and Information Network, Software, and Artificial Intelligence.

One of the most important specialties of modern-day computer science, it emerged as recently as the 20th century. It’s simulating human intelligence processes by machines, especially computer systems. Specific applications of artificial intelligence include expert systems, natural language processing, speech recognition and machine vision. They also react to things that are not pre-programmed through machine learning by absorbing large amounts of named training data, analyzing data for connections and patterns, and using these patterns to make predictions about future situations. Artificial intelligence programming focuses on three basic knowledge skills: learning, inference and self-correction.

A robot can learn to talk by programming it some examples/algorithms of text chats to learn how to make real-life exchanges with people, or an image recognition tool can learn to identify and describe objects in images by reviewing millions of examples. A Seminar for “Study in Hungary and Austria” in Kuala Lumpur For students located in [...] Did you know that the eye is the only place in the human body where [...] The first Metaverse campus in Malaysia: SEGi University and colleges will soon open a new [...] 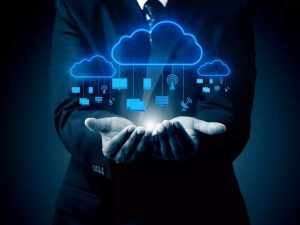 The specialization of cloud computing became more sophisticated and demanded from its inception in 1960 [...] “Cyber Security” is the domain of the future

Cyber Security, is one of the most important disciplines of the modern era, In the [...] For a successful future… 5 Reasons that will make you want to study in Malaysia.

Studying abroad is one of the most important aspirations of young to develop their knowledge [...] It is a very real thing, Robots equal to human intelligence. Did you know that [...]